On Saturday 16th June 2018 over 50 people attended the lunchtime meeting for the WKRC 80TH Anniversary. This group consisted of  several senior men and women members of the club, widows of former members and current members with partners & siblings.

The meeting was held at The Chequers PH in Crockenhill. Kent and several members had brought along old photographs and written club mememoribilla and some of the original WKRC trophies were on display.

We were also fortunate to have the use of the TV to show a continus display of recent photographs taken by our club photographer Andy Floyd. The occasion was not a formal one as the club will be recognising this achievement at the WKRC Xmas ball  on 23 November.

A buffet was served at 1300 and this was provided by the club together with tea and coffee for all guests, a superb hand crafted cake in the shape of the club shirt and colours was later cut by the President and  distributed to all present as a token of the clubs appreciation for the solid foundation laid by the founders which has allowed this iconic club to continue to this date.

A local press photographer attended and an article will appear in the Dartford Messenger on Thursday 21st June 2018.

A big thank you to all those who attended especially those who travelled from far and wide and to the Committee who have organised this event for the club.

I look forward to celebrating the 90th anniversary in 2028. 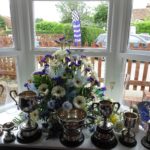 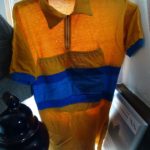 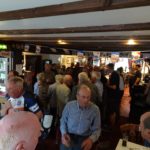