Could this be the last saddle you ever buy?

I for one have been looking for a new saddle due to getting some unwanted pain from my old faithful Fizik Arione which served me well all the way to Paris.

Well at the London Bike show in February it turned out that our President, Alex was also on the look out for a new perch. So after a good walk round we both set out to find something that would suit.

We looked and tried just about everything from every manufacturer before we finally came across a small stand for ISM. Having at first thought they were just for time trial use, and following a 20 minute chat with the guys on the stand, it became apparent our search could be over.

For me i was wanting to get the new to market PN1.1 which has more padding where as Alex went for the attack (a titanium railed plank!). 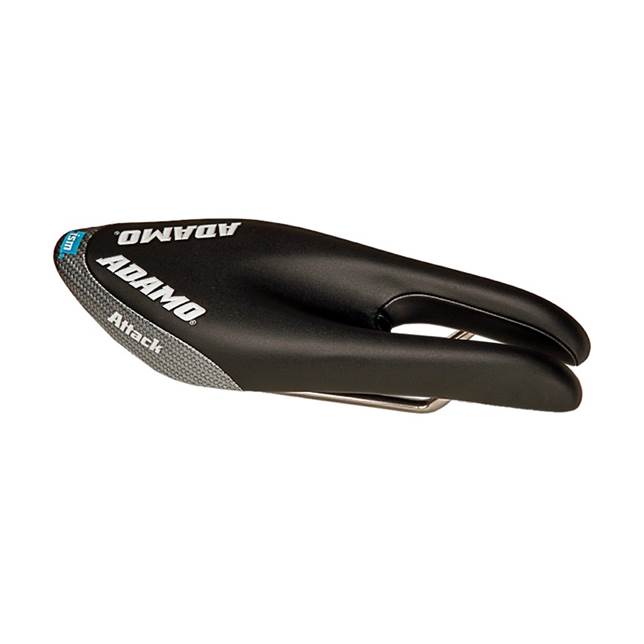 I will let him tell you about his experiences in setting it up but needless to say his arrived a week sooner than mine as mine has only just come to market. I had already received a text about how he had set up his but still was not expecting it to take nearly 30mins to get it right but i thought i had it just about spot on. I had followed ISM’s website and Alex’s recommendations and compromised between the two (you fool, listen to the master!).

The proof was in the first ride and i have to say it was apparent right from the start it was very different to a normal saddle but it felt good whist feeling strange.

After eighteen miles I’m more convinced this is the right saddle, i had no problems as i had on the old saddle although i would say i need to make a few more adjustments to get it set exactly. Possibly needs to come back by another 5mm which will take it to nearly 5cm i have had to bring it back and to be angled down by another degree or two.

My verdict would be 4.5 out of 5, but don’t take my word for it here’s Alex with his views.

“Happy danglies”, thats what crossed my mind when searching for a new saddle. I’ve been sat atop a Selle Italia Flite Titanium since I can remember, and even have them on almost every bike I own (BMX aside). As I’ve gotten older and health issues have taken their toll, and old man’s syndrome has adapted my body to sitting on a couch rather than riding a bike at speed, comfort became a real consideration.

I always thought about putting this saddle onto the TT bike, but never got round to it.

After a ride at the weekend, I got off the bike, made adjustments, got on the bike etc etc. Still, now I’m close to perfect with seating position and as my tweets suggest have #happydanglies

Sure a saddle is a very personal thing, and these wouldn’t be for everyone, not least because of the way they look, but then when you are a fortysomething in lycra, clearly you don’t give a damn for looks 😉